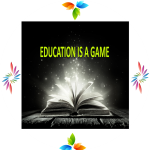 Bossaball is the ultimate mix of soccer tricks, volley skills and extreme gymnastics. Bossaball is a relatively new sport and was derived from Spain in 2004. Since then the sport has gone on to have international acclaim with countries such as Brazil, Germany, Netherlands, Portugal, Romania, Singapore, Kuwait, Ecuador and Saudi Arabia. But international competitions are limited, teams from respected countries travel the world to try and raise awareness of the sport.

OBJECTIVE & RULES OF THE GAME

The game is nearly similar of volleyball and requires to hit a ball over a net in order to win points. You can use any part of your body eg – head, feet, hands to hit the ball over the net and into your opponents court. The games take place on a massive inflatable bounce elastic flour.